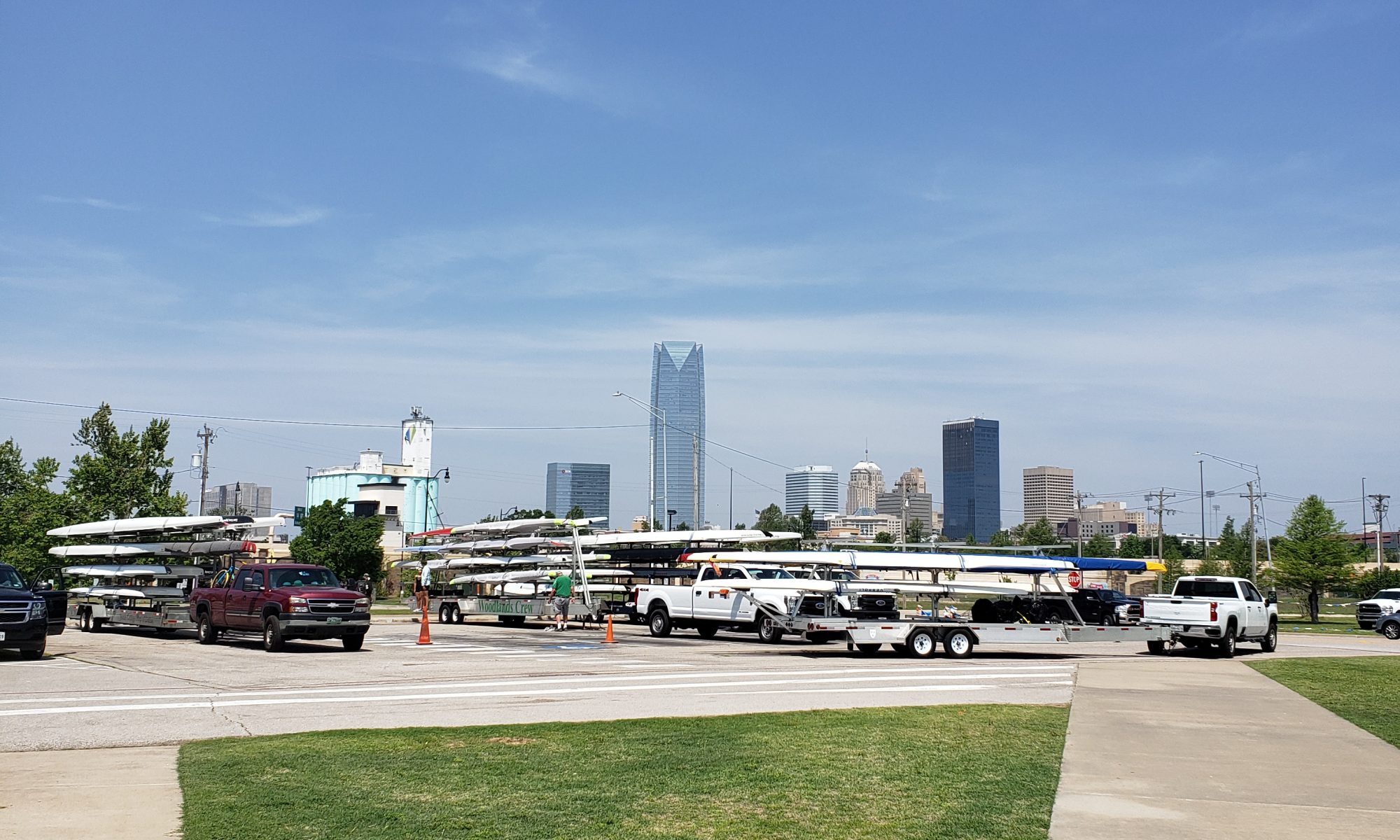 Manhattan Junior Crew’s competition squad traveled to Oklahoma City for their biggest race of the year on May 7th and 8th.  The USRowing Central Youth Championship is the national qualifying event for the central region, which consists of clubs from Texas, 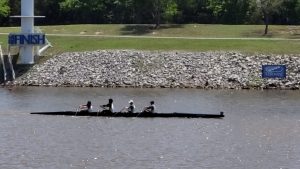 Oklahoma, Colorado, Kansas, Missouri, and Arkansas.  Time trials are held Saturday, and the top 6 crews from each category advance to the finals on Sunday for the chance to earn a bid to the USRowing Youth National Championship.

In the Saturday time trials at Central Youths, boats are seeded based on previous results from the season and then set off one at a time down the 2000 meter course with top seeded crews going first.  The object for each crew is then to catch the boat ahead of them and push away from the boats started after them, much like our head races in the fall, but over a shorter distance and on a straight course.

Under usual circumstances, Sunday’s racing puts the top 6 finishers in the standard side-by-side format, but this year because of the wind forecast, crews were warned that Saturday’s times might have to be used as final results, despite the fact that most of the region is used to unpredictable conditions.

In fact, the Manhattan Junior Crew women’s youth double of Hailey and Taryn were prevented from launching along with the rest of the crews in their afternoon race because the national-level officials thought the conditions were too rough for small boats.  The region’s coaches protested (it wasn’t even whitecapping), and the last two doubles races were allowed to proceed with the caveat that if any boats flipped, the events would be cancelled.  No one flipped.  At the end of a successful day of time trials, a total of five MJC boats qualified to race in Sunday’s finals.

Unfortunately, as often happens in the midwest, at 6am Sunday morning when the race officials assessed the course, they were met by a stiff crosswind which they determined rendered the course significantly unfair.  The strong south wind would have made starting alignment exceptionally difficult, and crews assigned lanes on the south side of the river would have received the unfair advantage of smoother water.

While calling off the second day of racing was probably the best decision with safety and fairness in mind, it was a damper on the Manhattan team’s excitement to move even higher in their standings.  Most notably, our women’s youth pair of Kathryn and Hailey placed only one tenth of a second behind the fifth place finisher in the time trial.  Side-by-side racing in the final might have spurred them on to an even faster finish.  Similarly, the men’s novice coxed four finished fifth in an event where only five seconds separated the 6th and 2nd place times.  It would have been fun to see how much more grit our crew could have mustered with the added intensity of racing side-by-side against crews of such similar speed.

Head Coach Grace Ure was pleased with MJC’s performance.  Despite not getting to race a second time on Sunday, she felt her crews ended the championship season well, having made significant progress individually since the beginning of spring and as a team since the last time MJC raced at this event.

Complete results can be found at https://www.herenow.com/results/#/races/21013/results

Keep an eye on social media for next weekend’s local regatta in Edwardsville, KS, hosted by Whitefield Academy and Kansas City Boat Club. 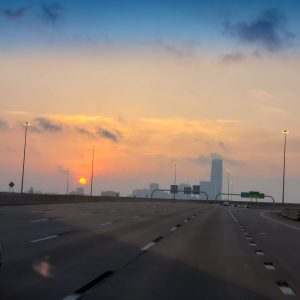 When people find out that I (Coach Grace) am from Albuquerque, NM, or that I raced for Oxford University, I often get the question, “What are you doing here?”

The short answer: life is not linear.

If you want the long answer, let me know when you have time.